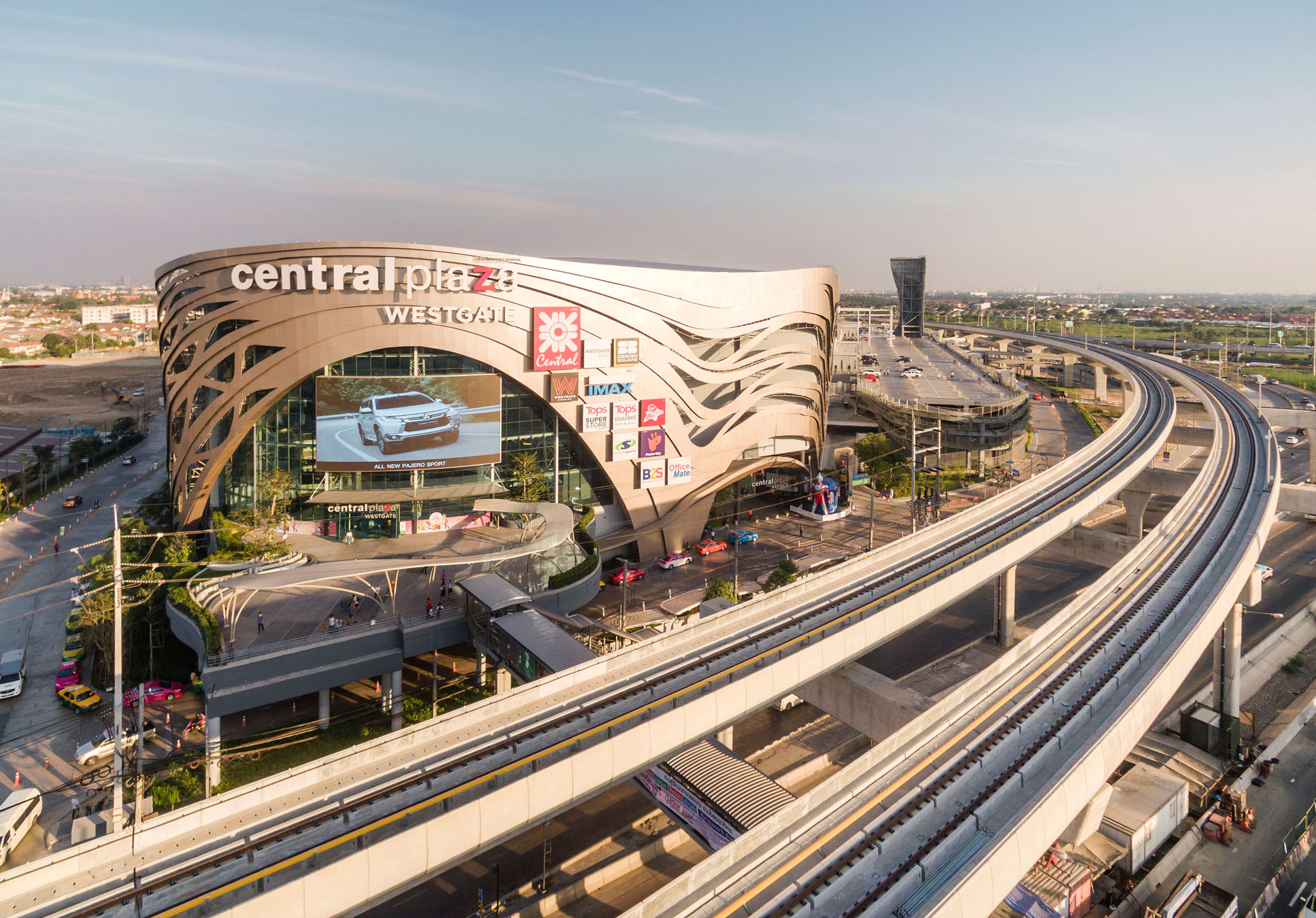 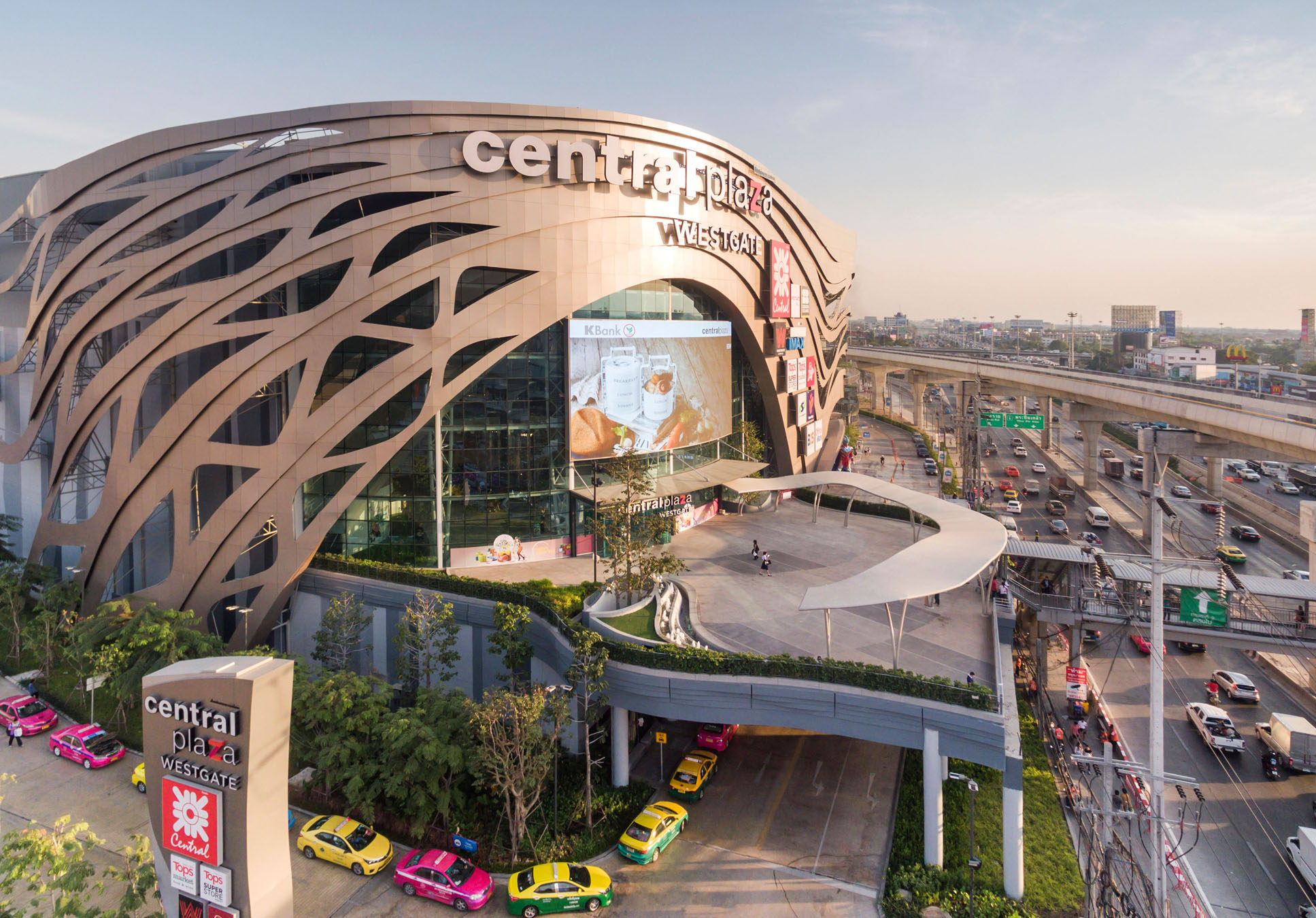 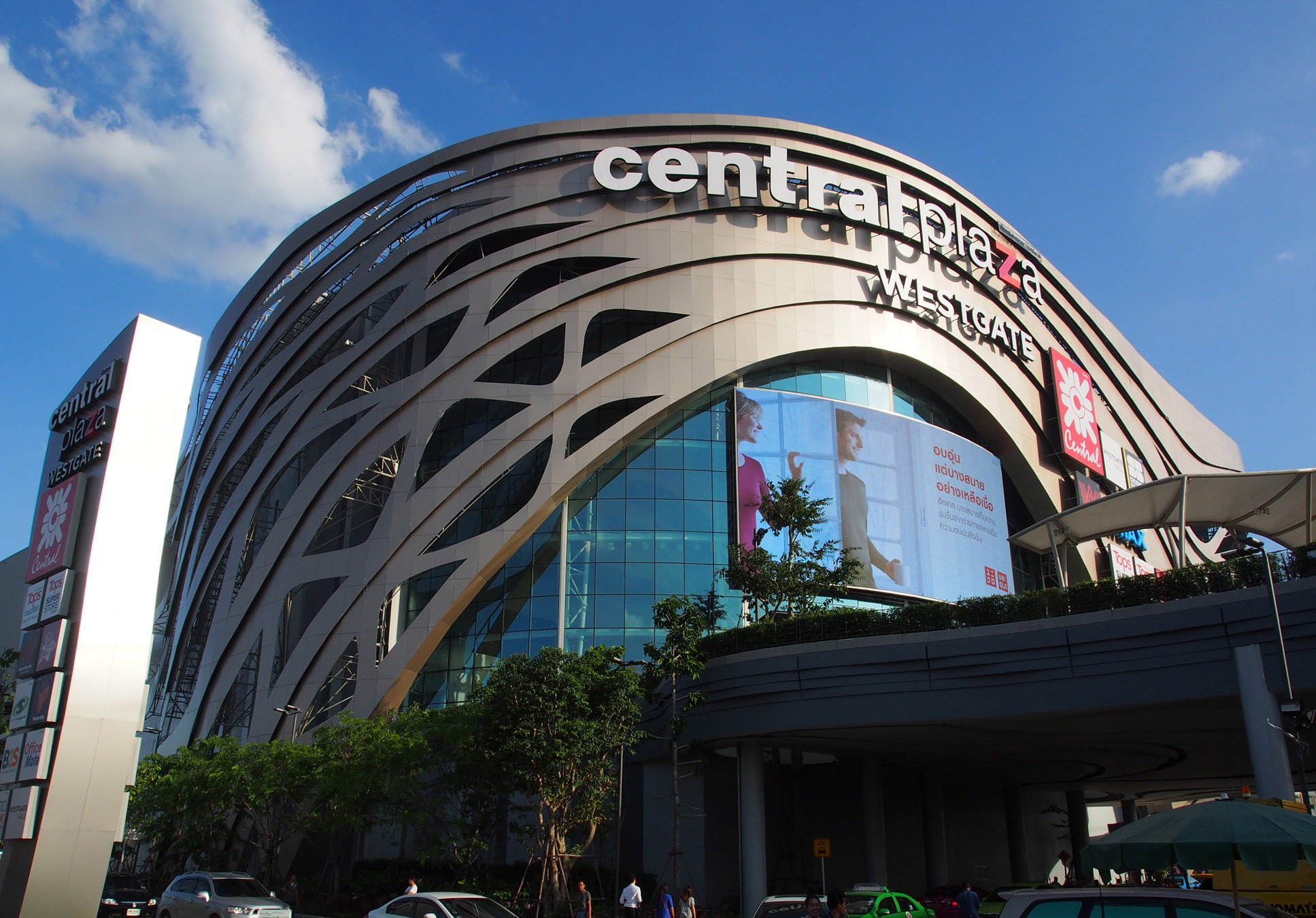 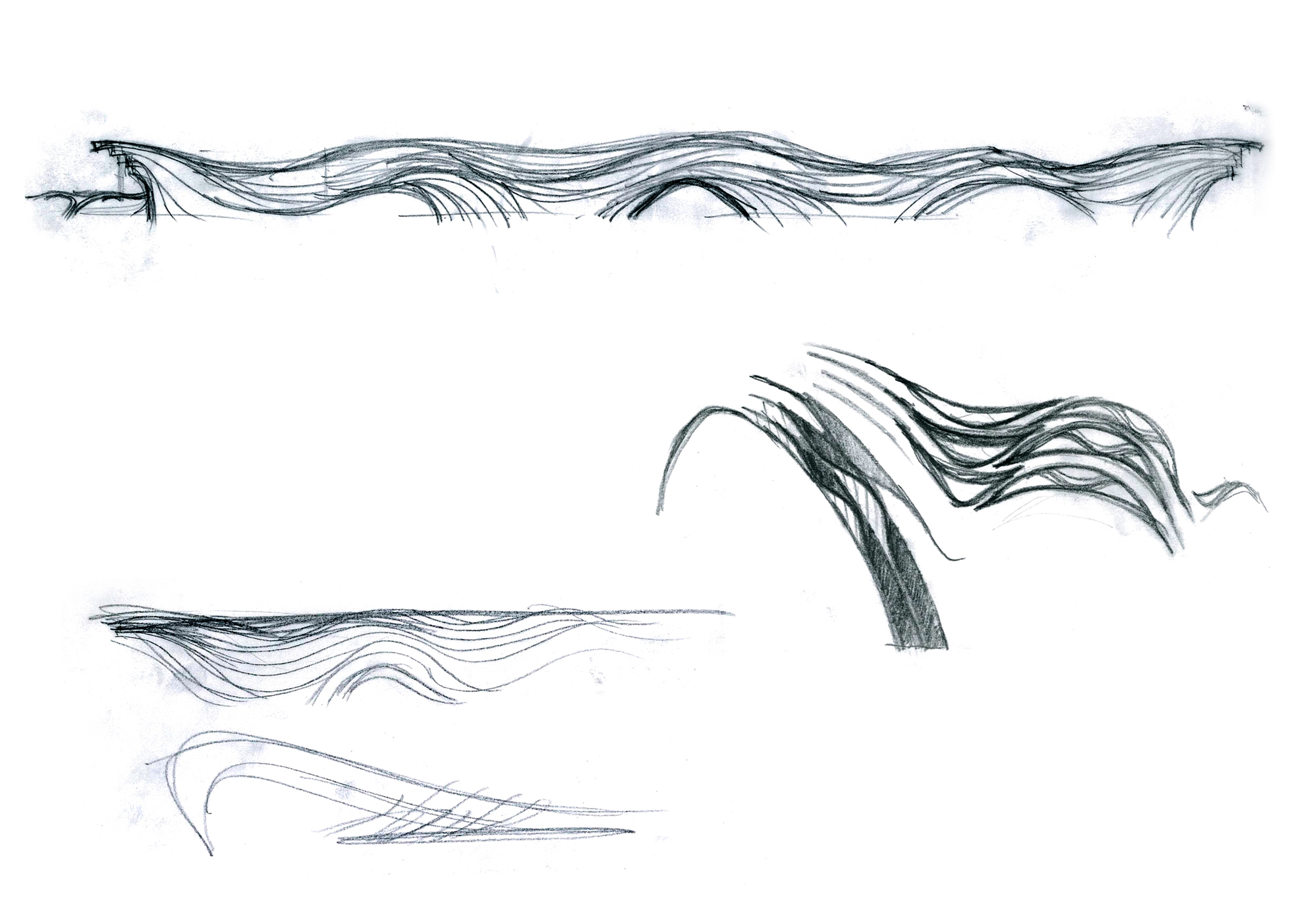 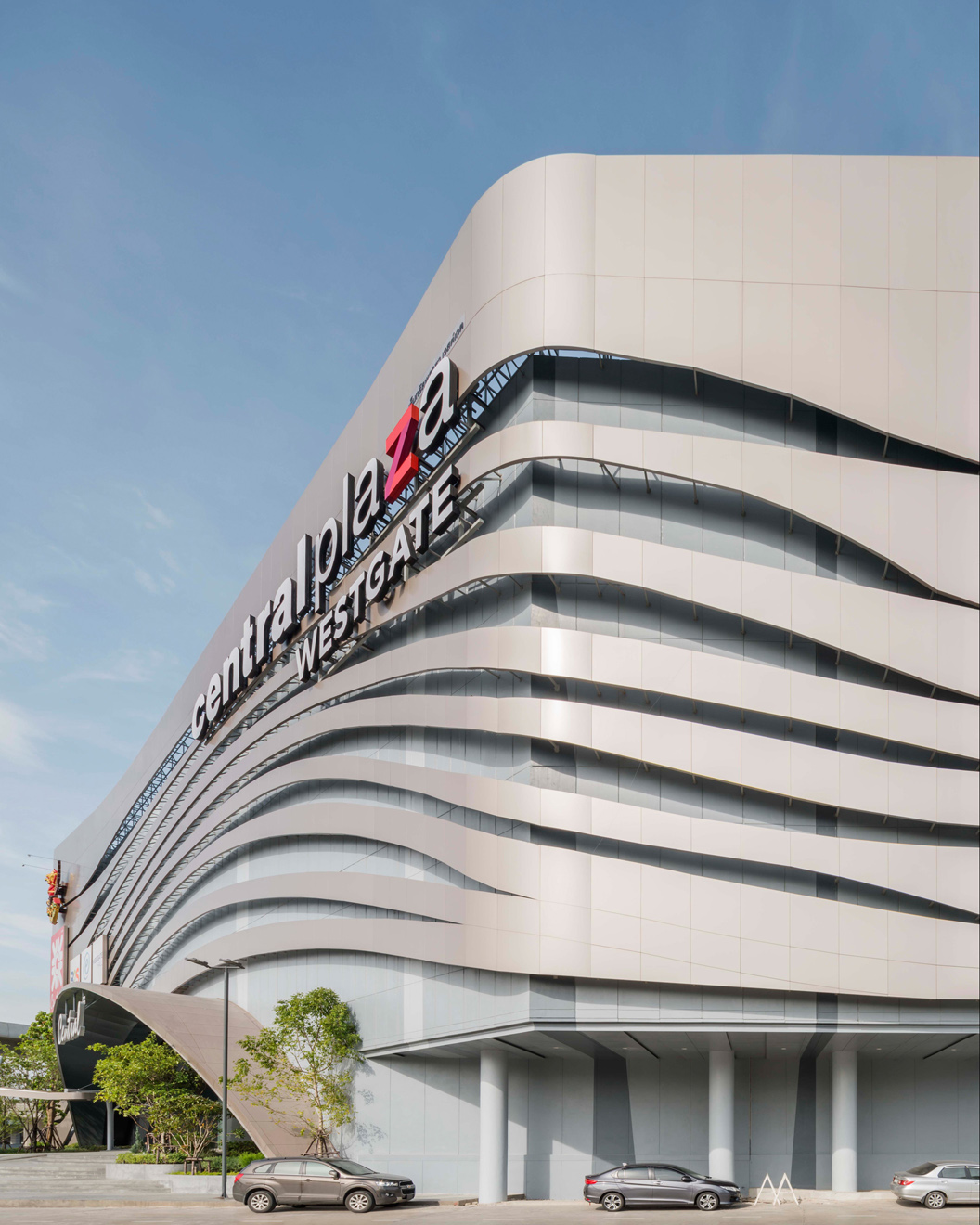 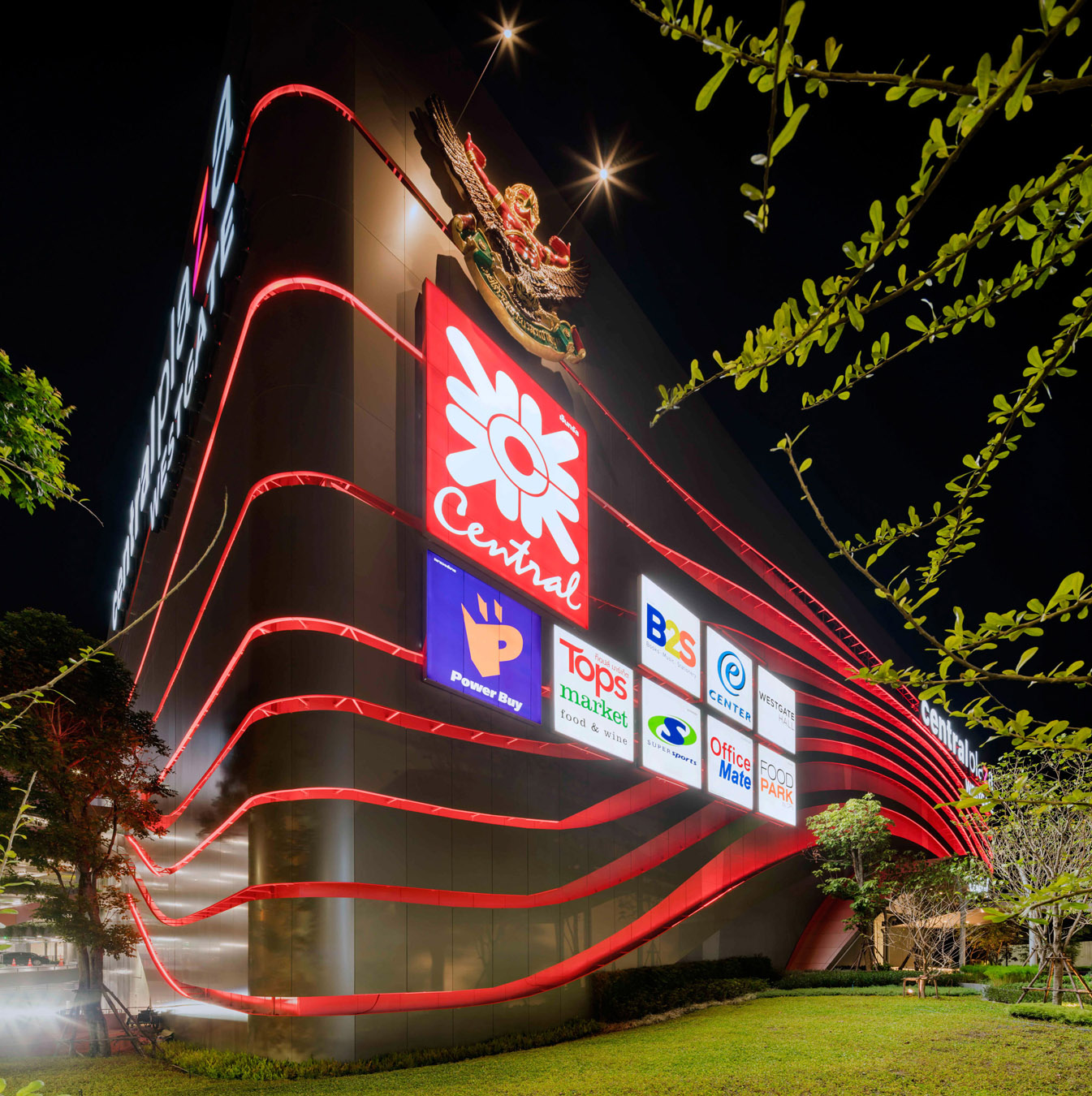 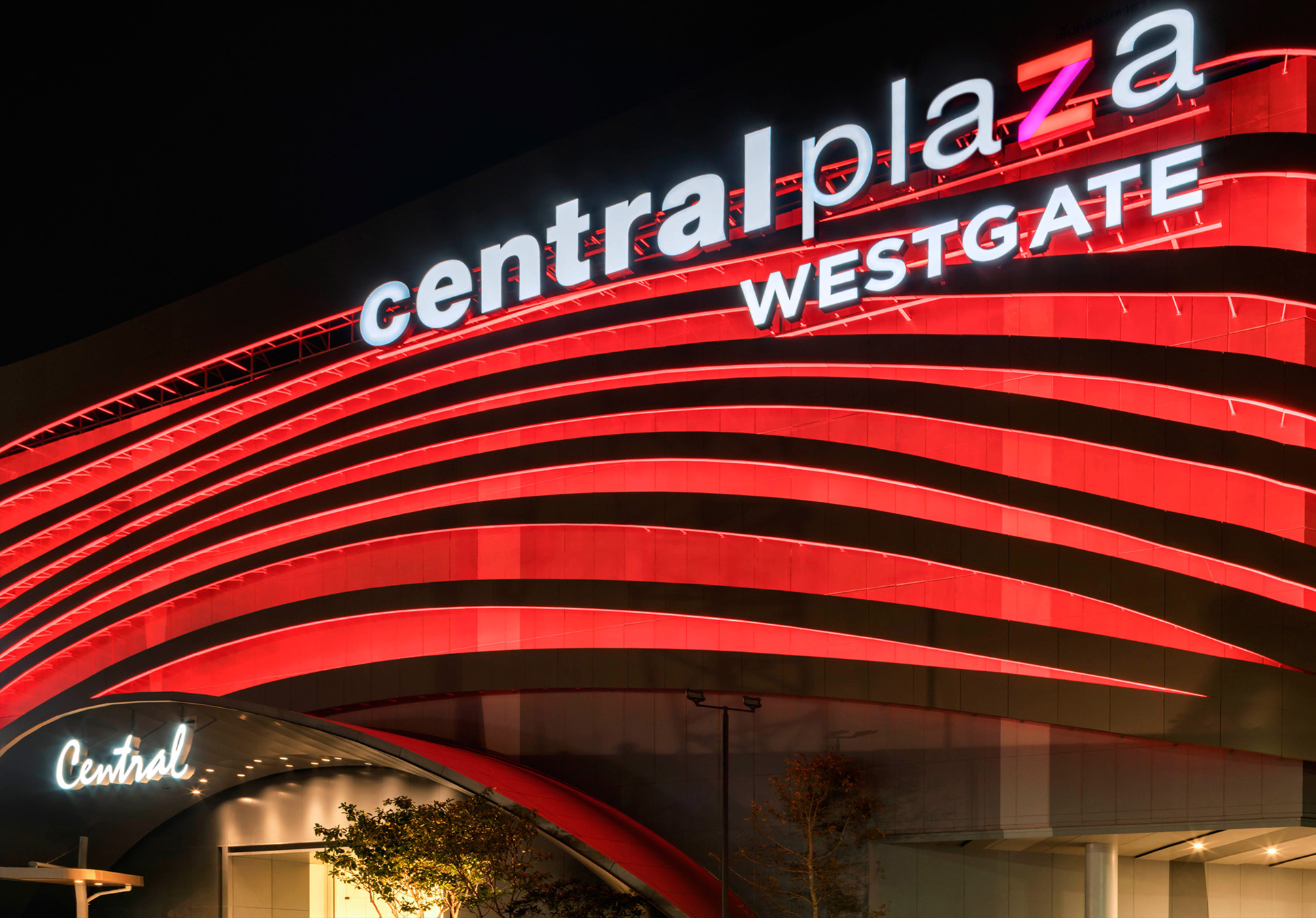 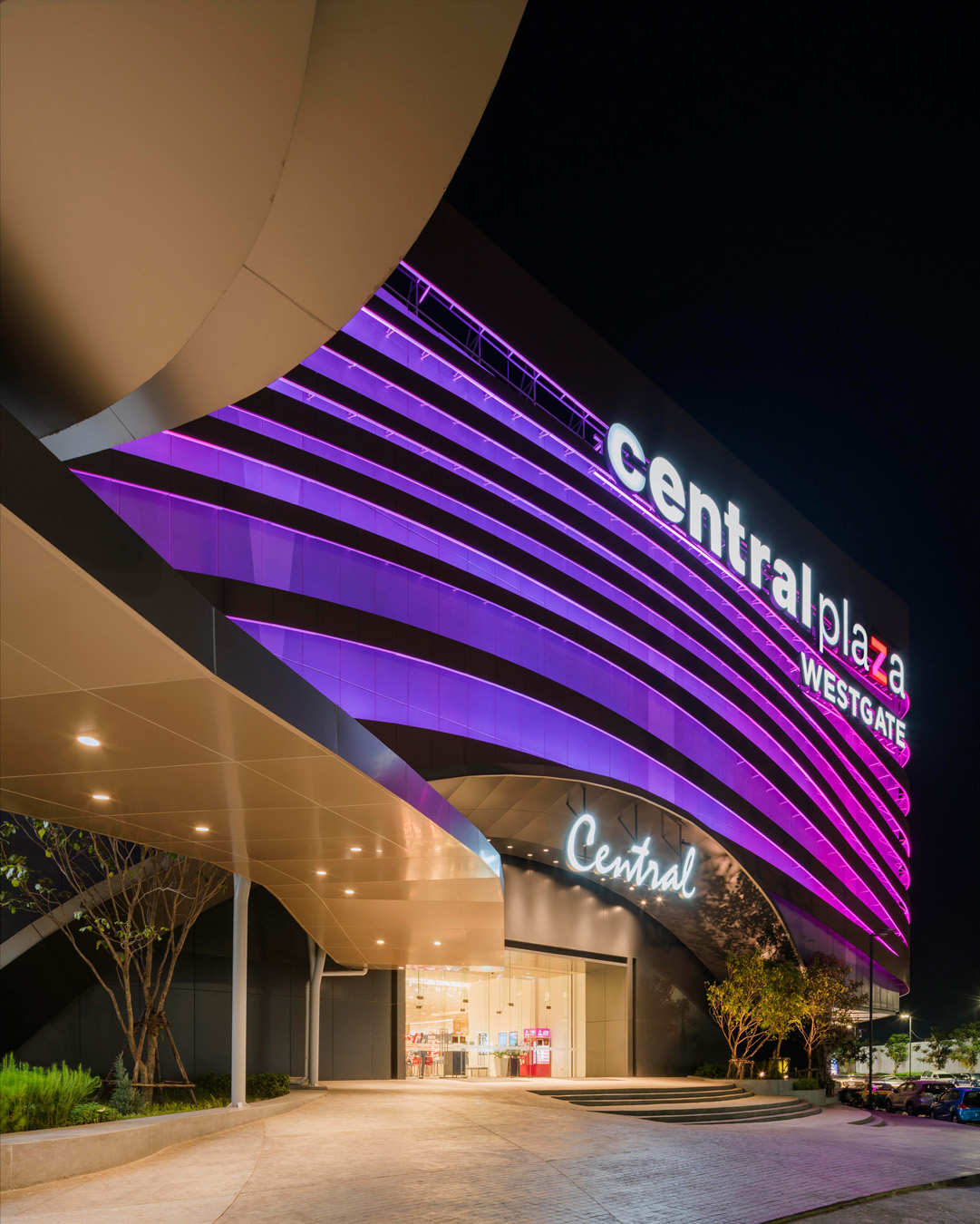 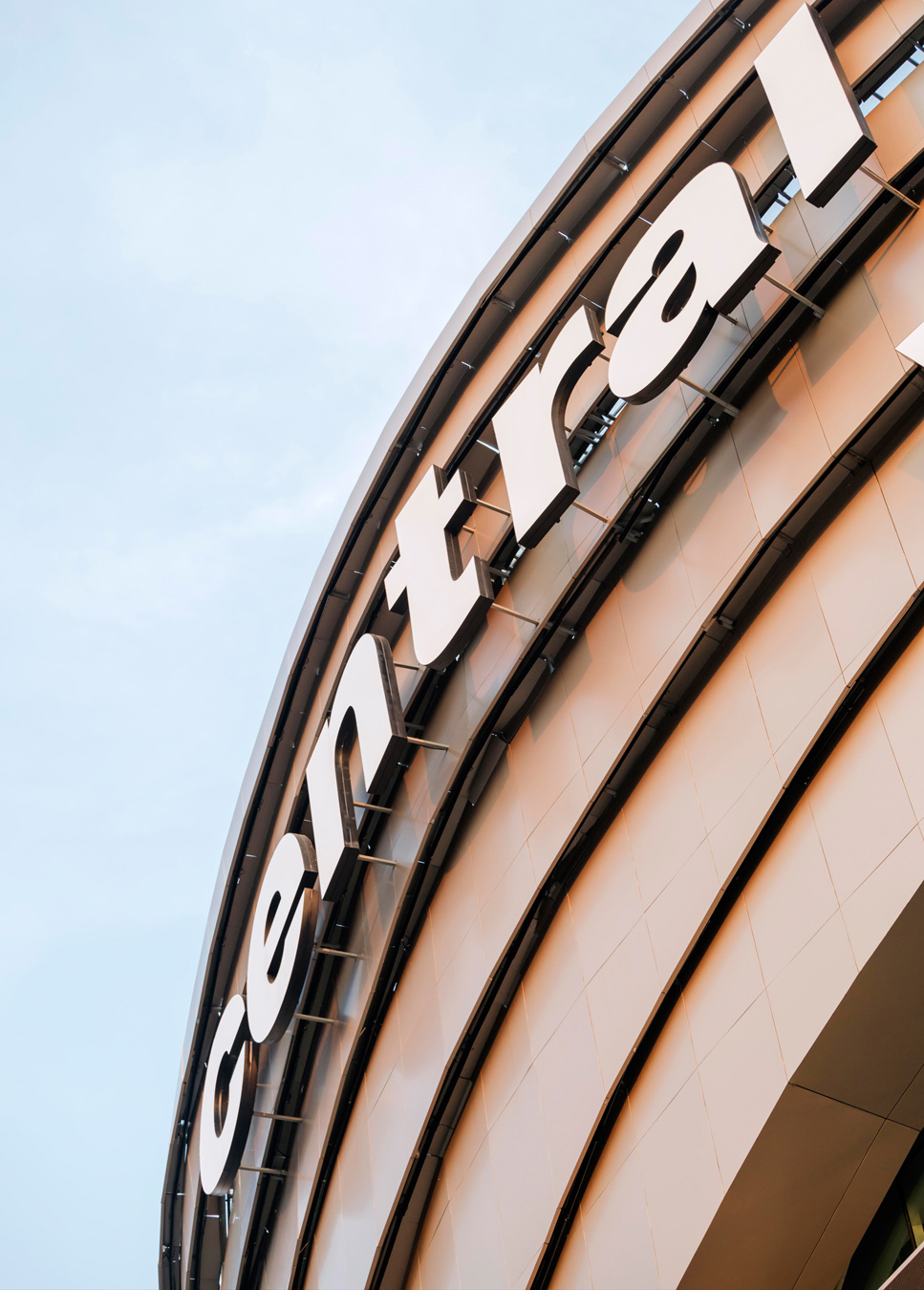 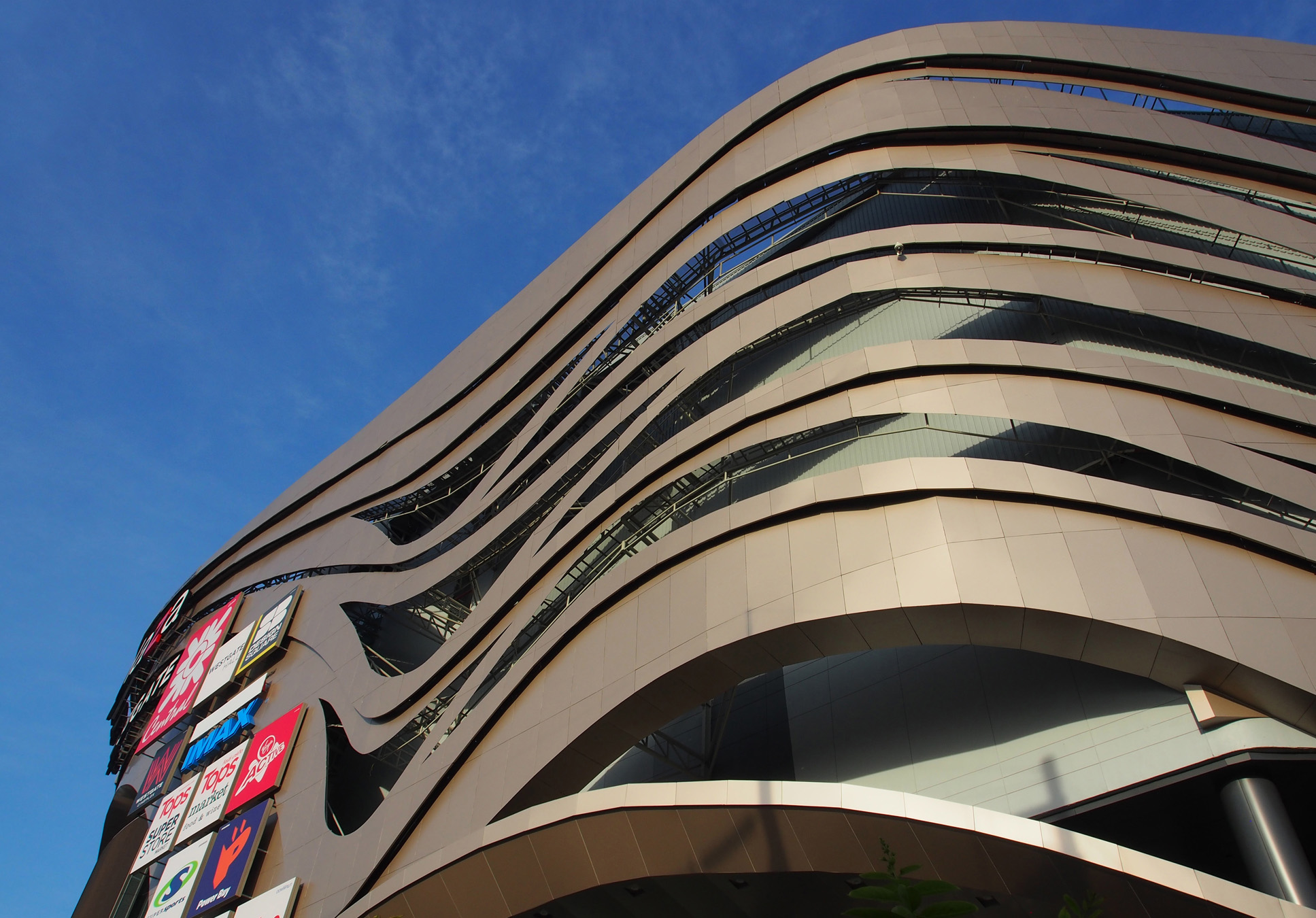 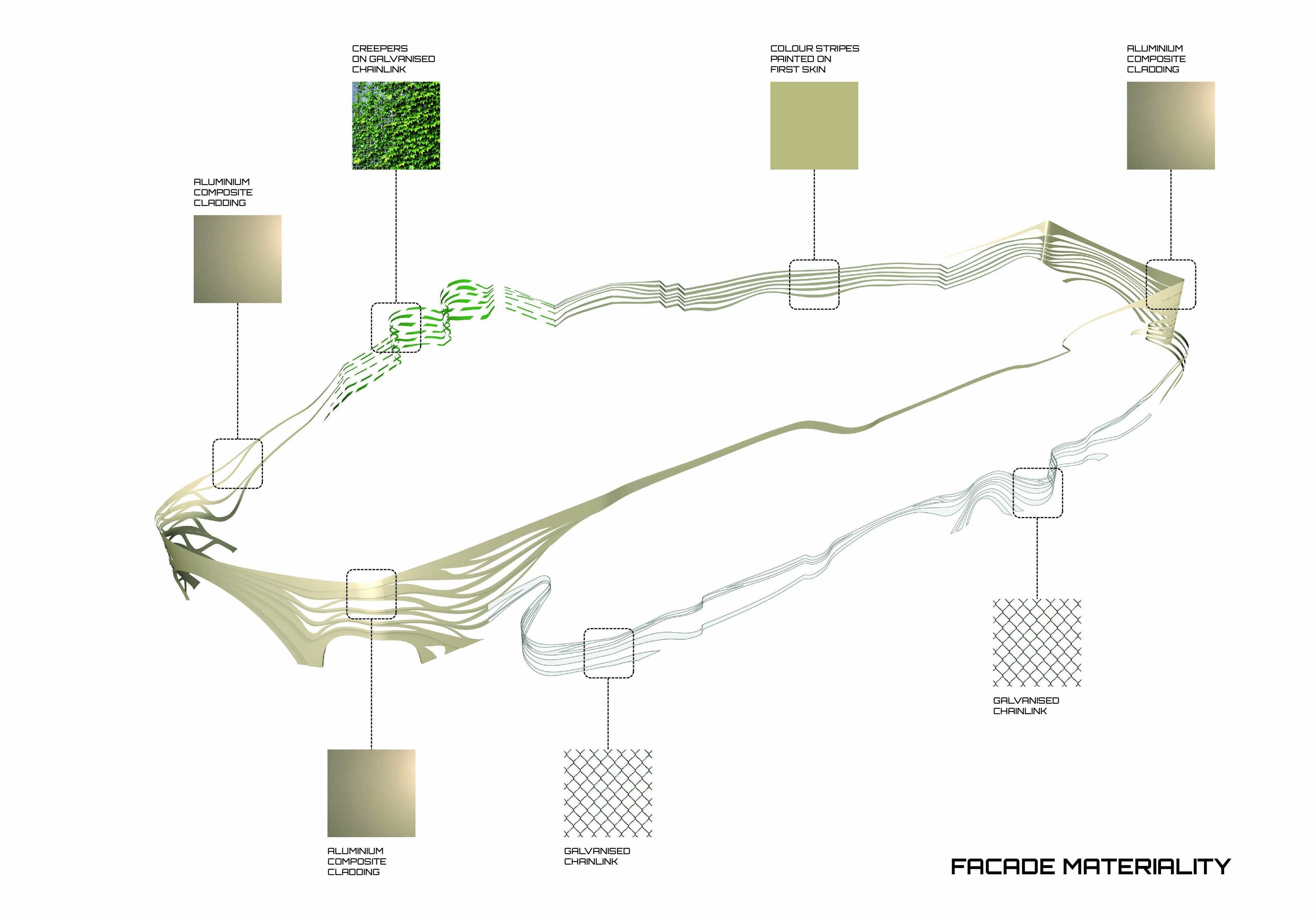 
Located in the western outskirt of Bangkok with 500,000 sqm. of floor area, Central Plaza WestGate is a Thailand’s super regional mall aimed to be one of the most complete shopping destinations in South East Asia. It comprises a large area of retail shops, restaurants, cinemas, convention halls and other main anchors with 5,000 car parking spaces.

The site of the project occupies the strategic location where several roads and highways connect. It aims to serve people who travel from the motorway, Kanchanaphisek and Rattanathibet roads, the MRT Purple Line, and a future motorway running to Dawei, a major port in Andaman Sea, Myanmar. It is therefore envisaged to serve a growing demand and traffic from Myanmar when AEC (ASEAN Economic Community) is officially implemented by 2015.

To emphasise the notion of openness and free flowing of culture and collaboration to the wider region and communities outside the country, Central Plaza WestGate external facade is metaphorically perceived as a long piece of ‘curtain in motion’, unveiling theatrical performances behind to wider audiences. The layering veils sweep graciously from the west entrance, which will be connected to the sky train station via a sky bridge, to the east one where customers enter from the ground level. Internal programmes and effect of lightness both play key roles in determining positions and shapes of punctures on the skin throughout its entirety.

At the west facade, the ‘curtain’ is raised up 35 metres above ground to create ‘a super arch’, marking the main entering point and also in response to the highest number of pedestrian traffic. The structural support of the super arch itself consists of two double rails of welded steel pipes behind the aluminium cladding skin, composing the quasi-self-standing arch without fully transferring the entire load to the main structure of the building.