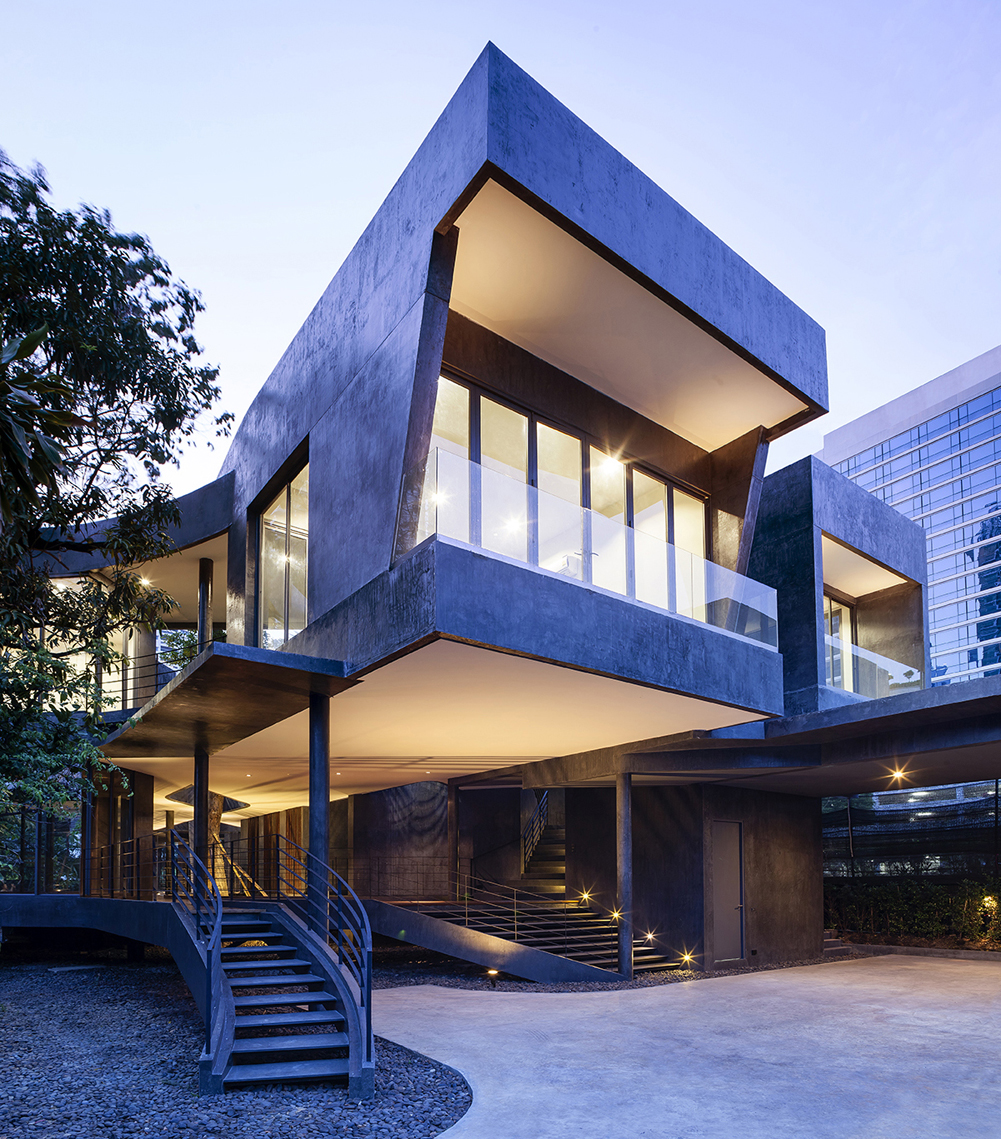 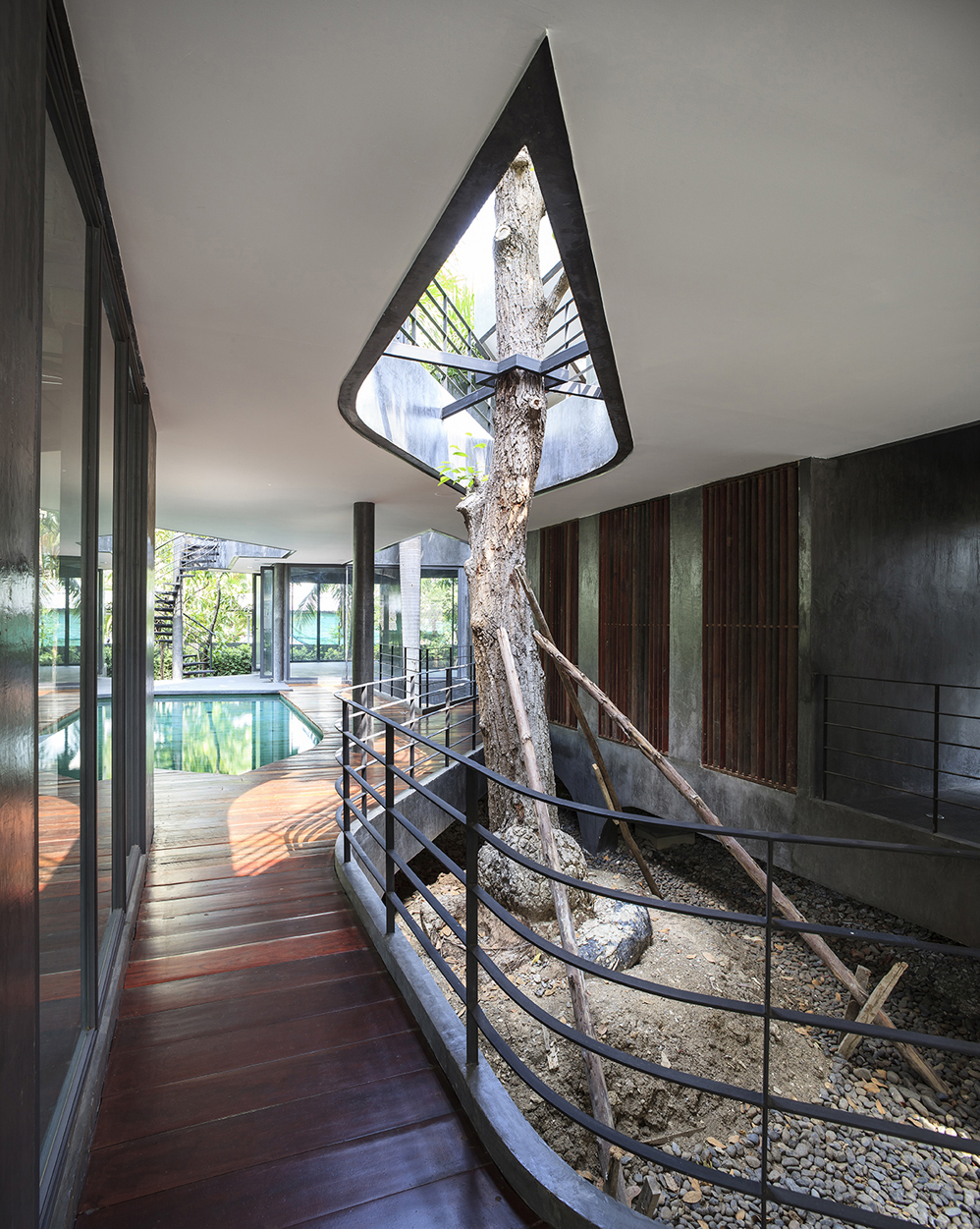 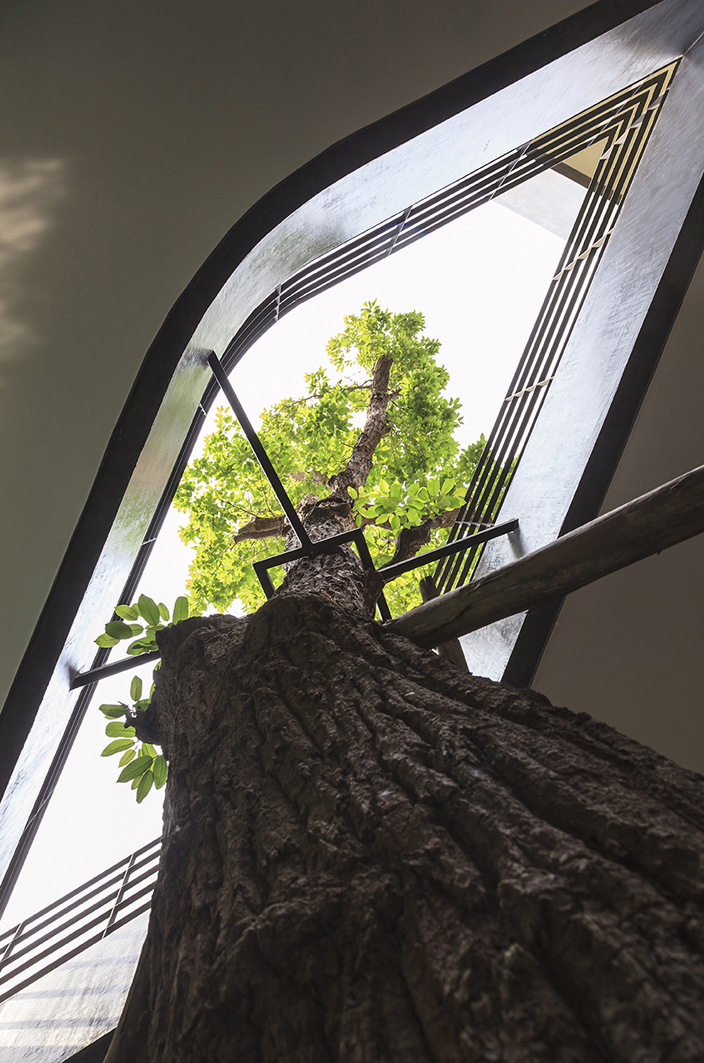 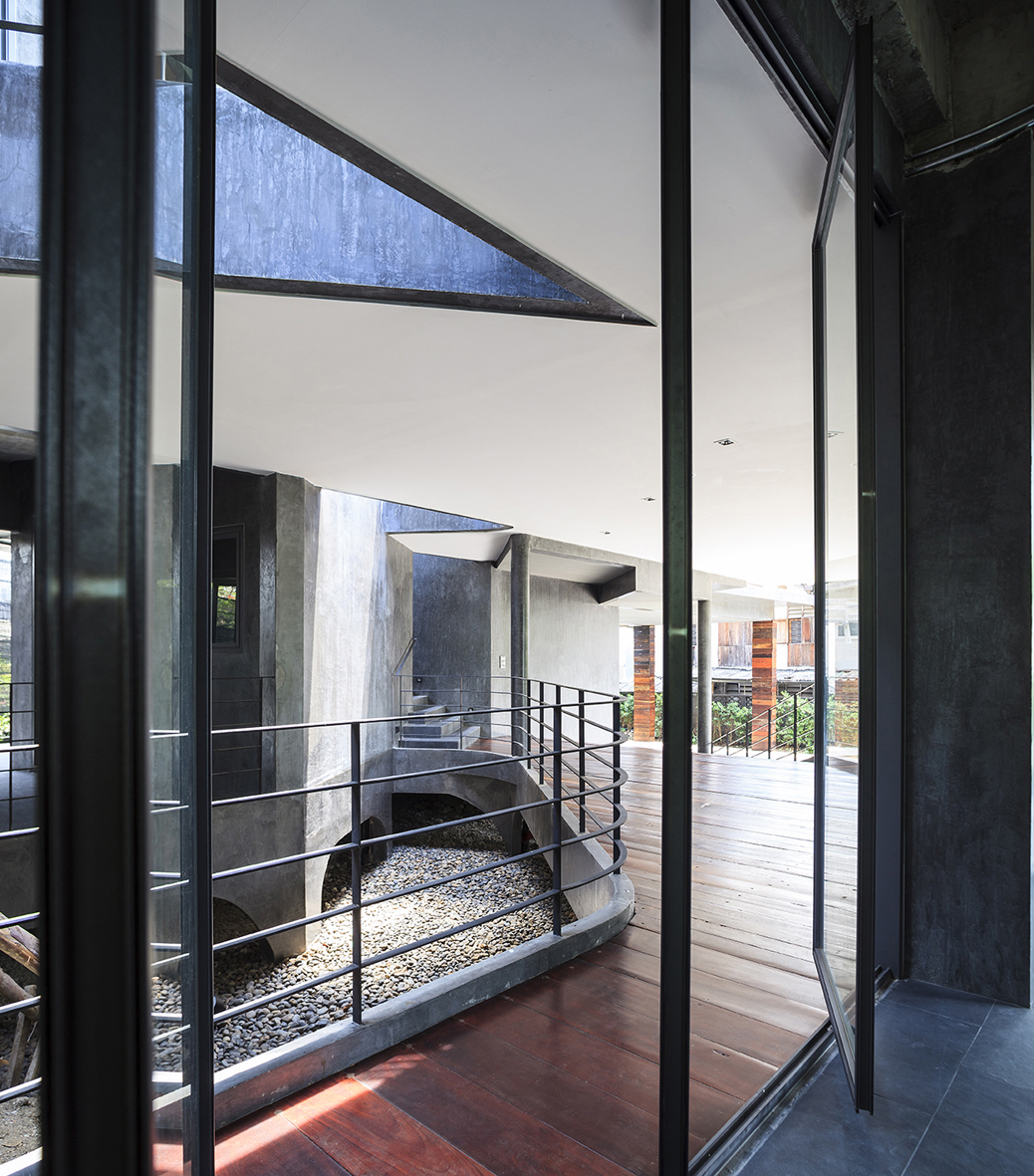 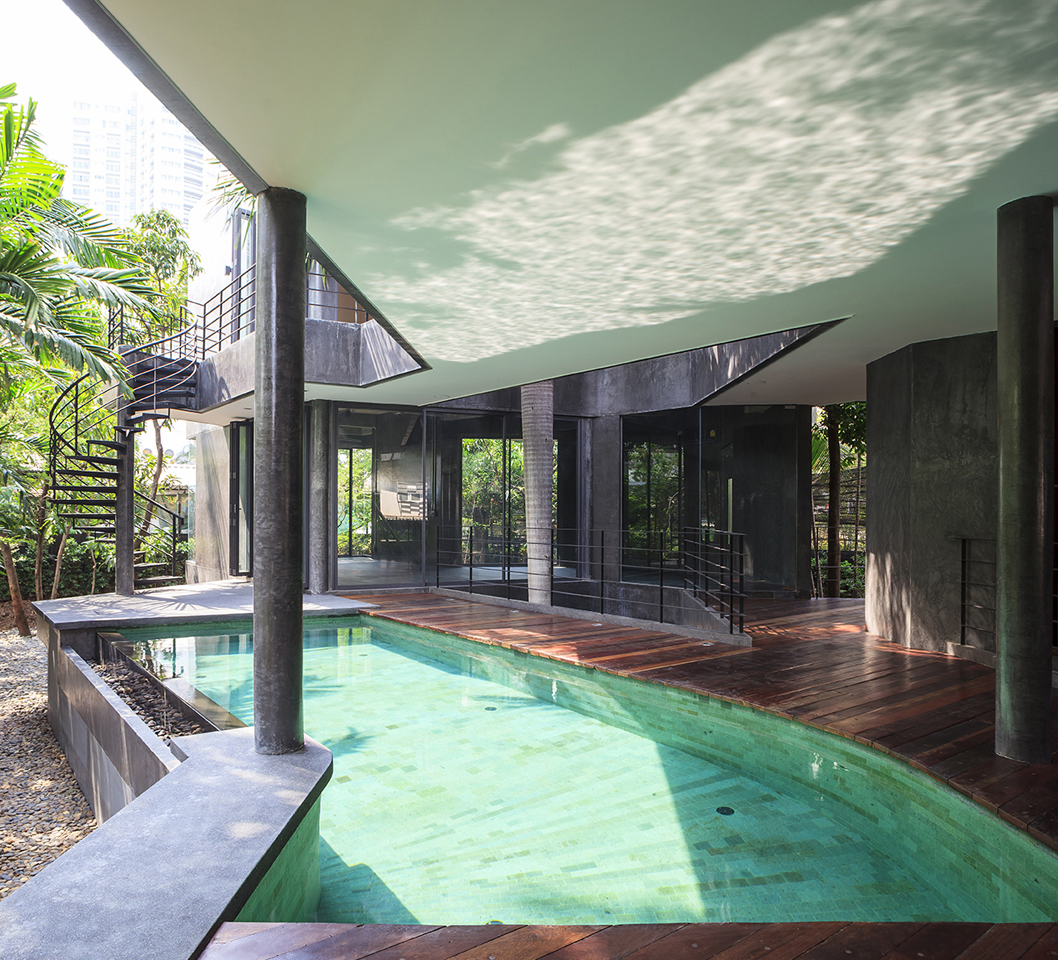 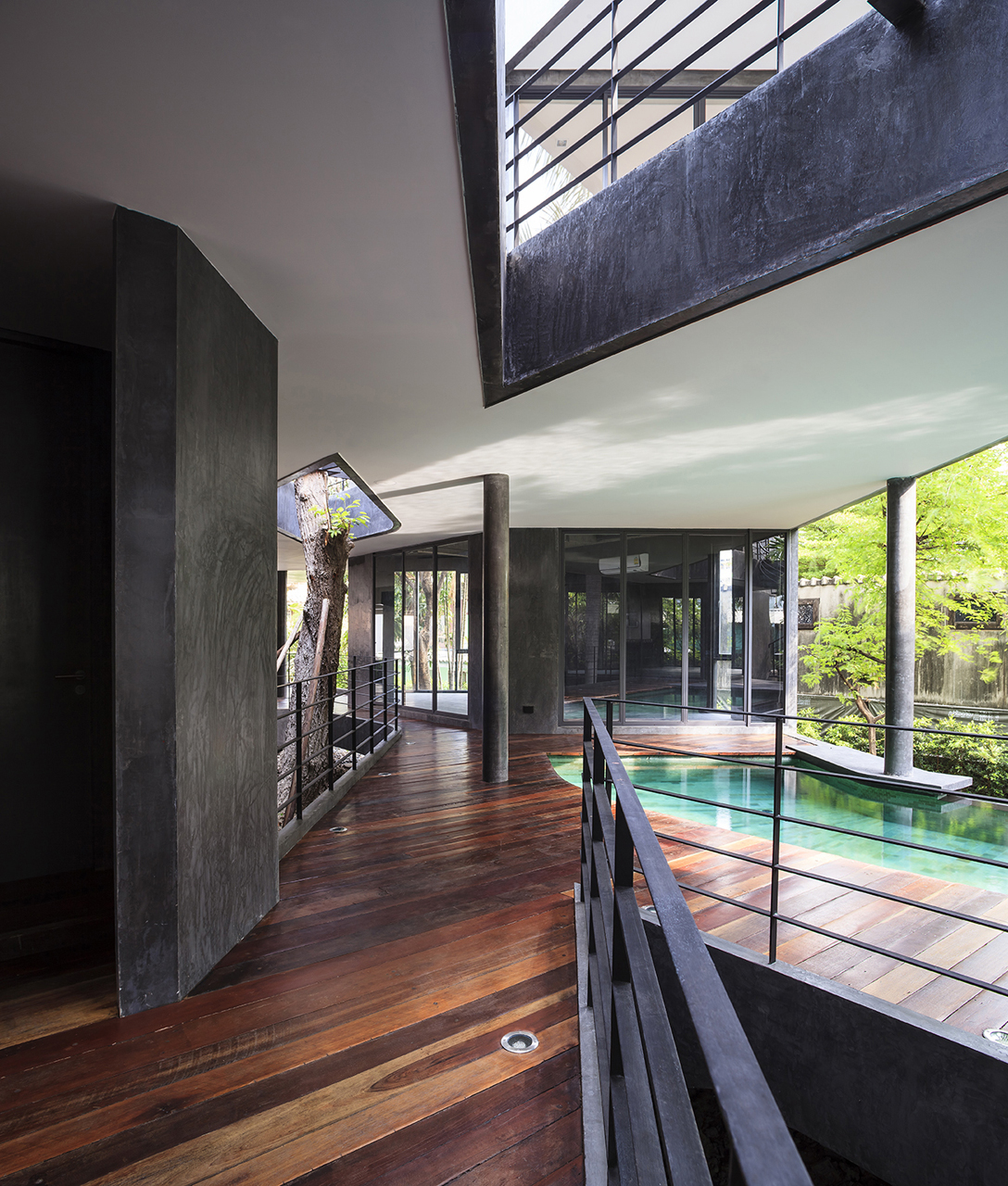 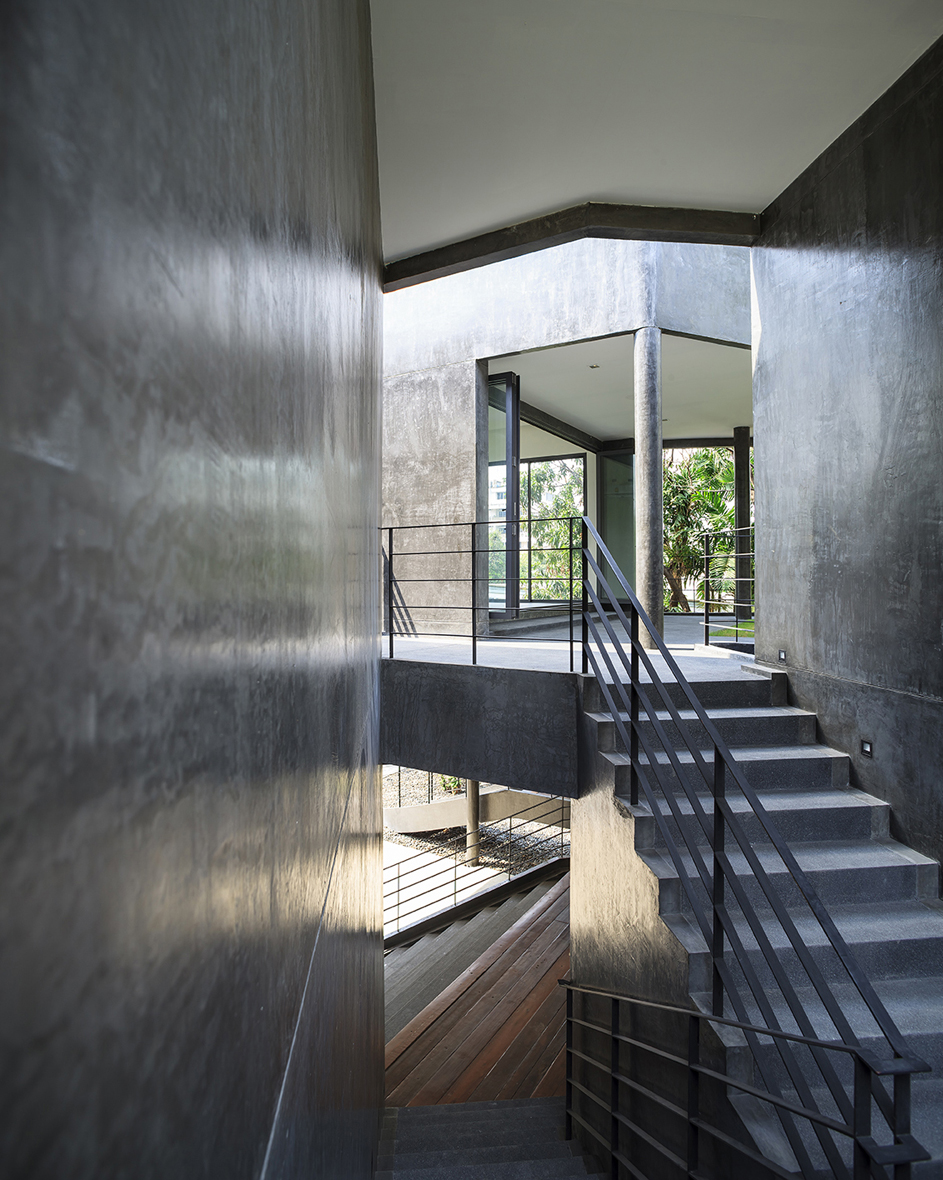 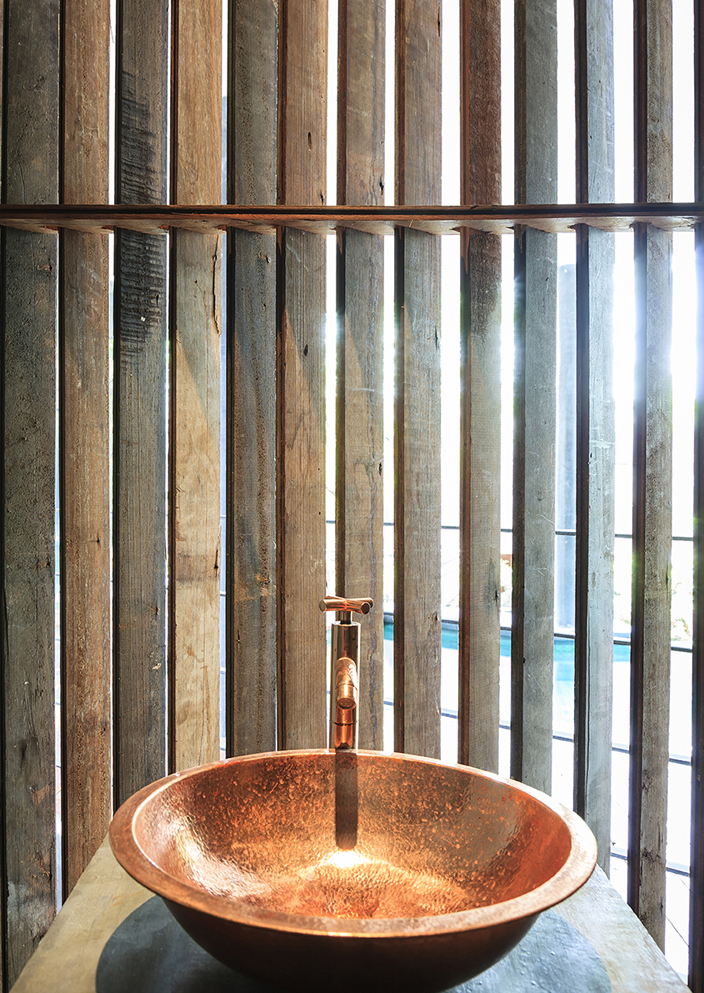 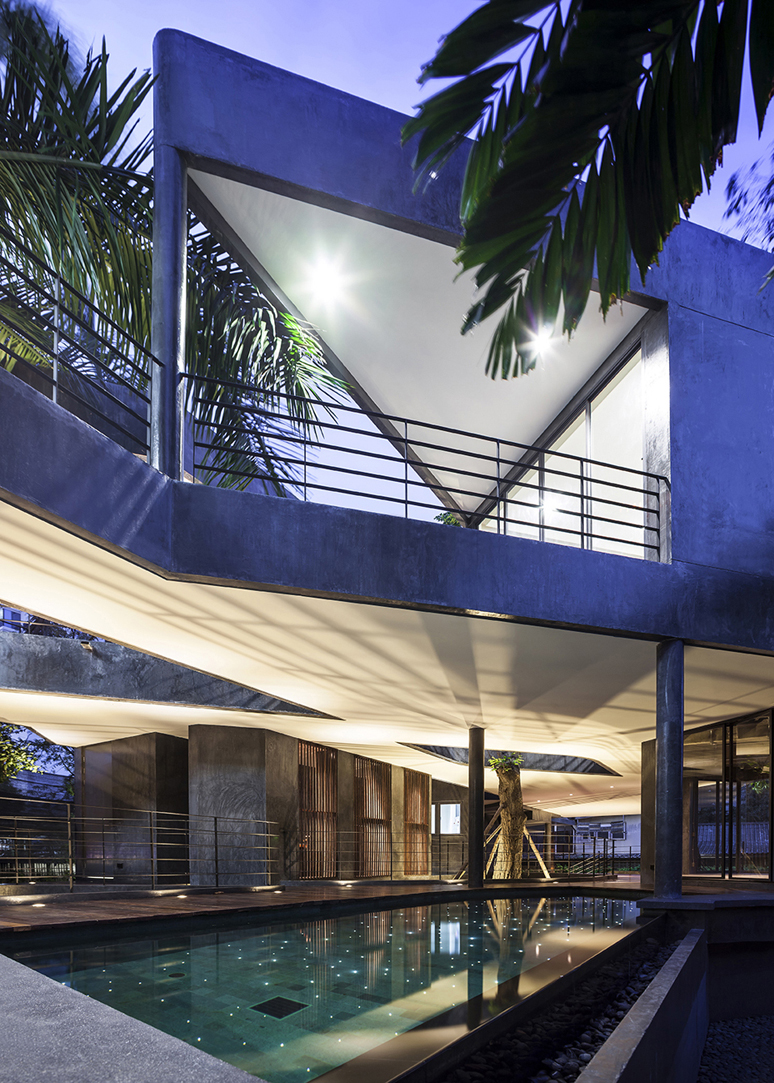 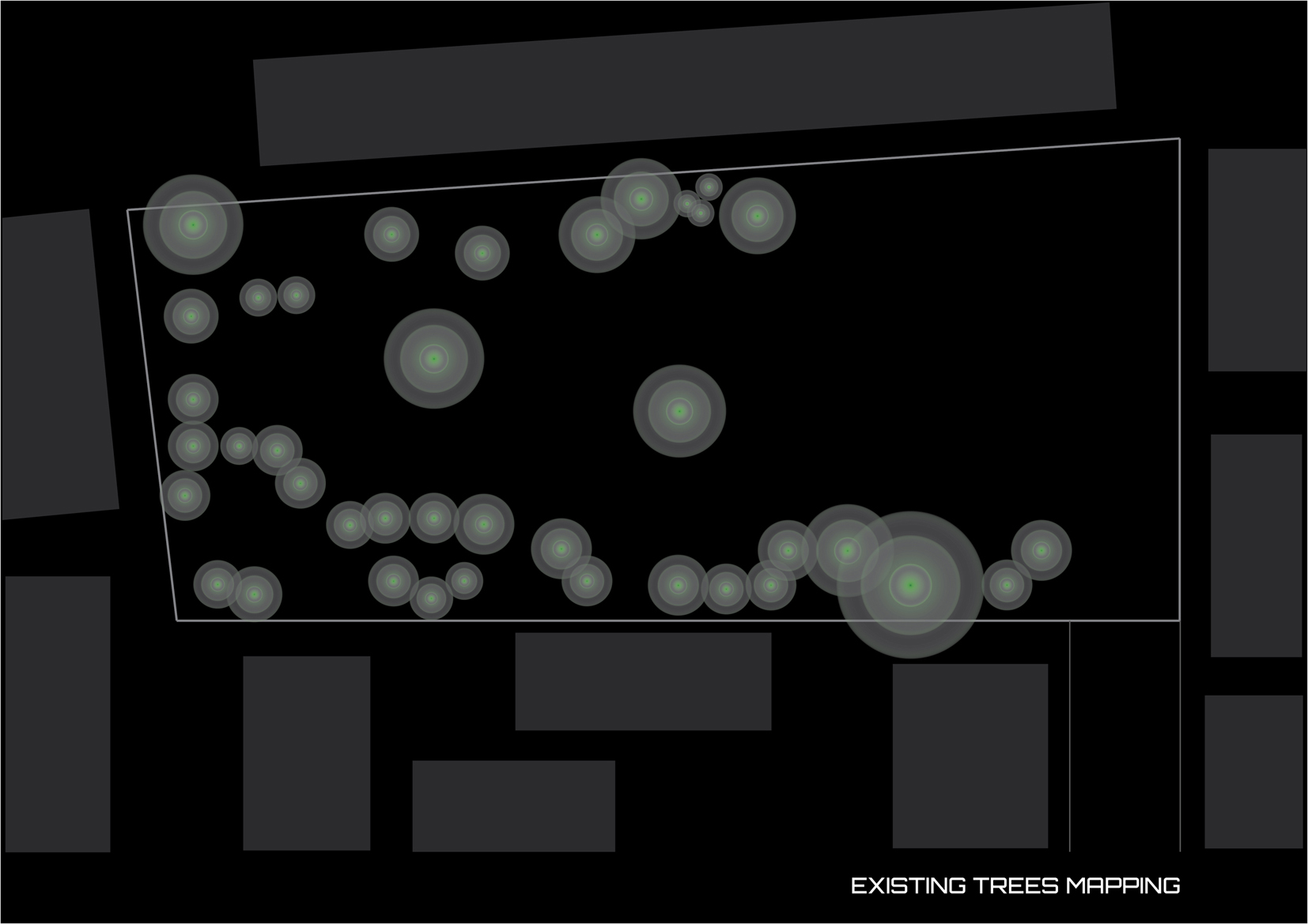 
Situated inside an existing lush garden in the middle of one of Bangkok's expatriate areas, Divergence House emerges from the intention of preserving as many existing trees as possible within the site. Therefore the question of this project is not so much about how to design a house being seen explicitly from outside, but rather about how to seamlessly converge the internal spaces with the natural setting in a way that it still captivates a sense of domestic atmosphere.

In order to fuse the internal spaces of the house with the space of the current setting, the concept of permeability is derived as a fundamental design strategy. All the programmes are strategically diverged from one another and positioned precisely between the trees. Their locations depend on the level of privacy and internal connectivity. For instance, a foyer and a living space are located at the front. A dining room and a swimming pool with fiber-optic lighting effect are at the secluded zone while all bedrooms are on the upper level.

To complete the whole spatial organization of the house, the system of meandering circulatory elements is implanted in order to link all the main functions together. The circulation system also plays a strategic role in leading its residents to traverse in-between spaces, in which the spatial ambiguity between inside and outside emerges. As a consequence of this strategy, series of voids, shaped irregularly by the bridging passageways, pierce the lower and upper floors of the house and vertically link the space up from the earth through the middle of the house to the sky, allowing the existing big trees to live on alongside their inhabitants.

Seasonal low flood within the site also plays a part in conceptualising the physicality of the house. The ground floor is raised up slightly above the land in order to escape the flood and leave a clear channel underneath the building for natural ventilation. The column bases, the physical connection between the house and the earth, are treated as a gentle touch of stilt-like interlacing aerial roots of mangroves in the wetland. In order to intensify a feeling of being closer to the existing natural setting, a floating lawn is laid down inside the courtyard space on the upper floor, in which it visually connects with a big tree that penetrates up from the earth through the diamond-shaped void.

In terms of materiality, the idea of ‘camouflage’ is implemented throughout the entire surfaces of the house. Reused timber preserved from the old wooden house that was formerly located on the site is utilised as a flooring material and vertical louvres of internal walls on the ground floor. The exterior wall finish is also in line with the same character by playing with the shadows of the trees, in which it is finished with randomly polished dark grey cement. In order to reflect the texture and colour of a natural pond generally found in nature, a specific type of green volcanic stone which absorbs water and produces vibrant colours is chosen for the pool surface.