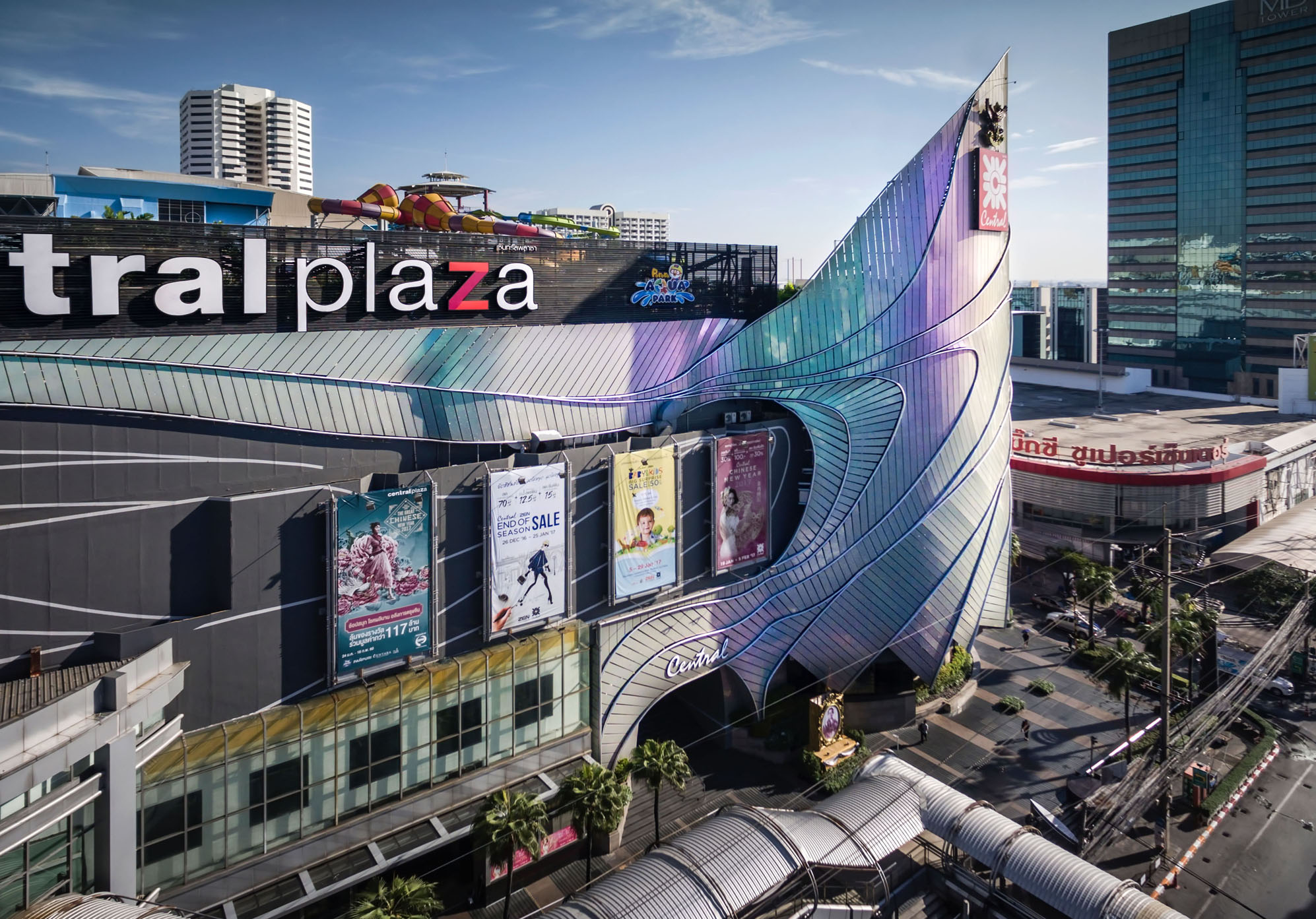 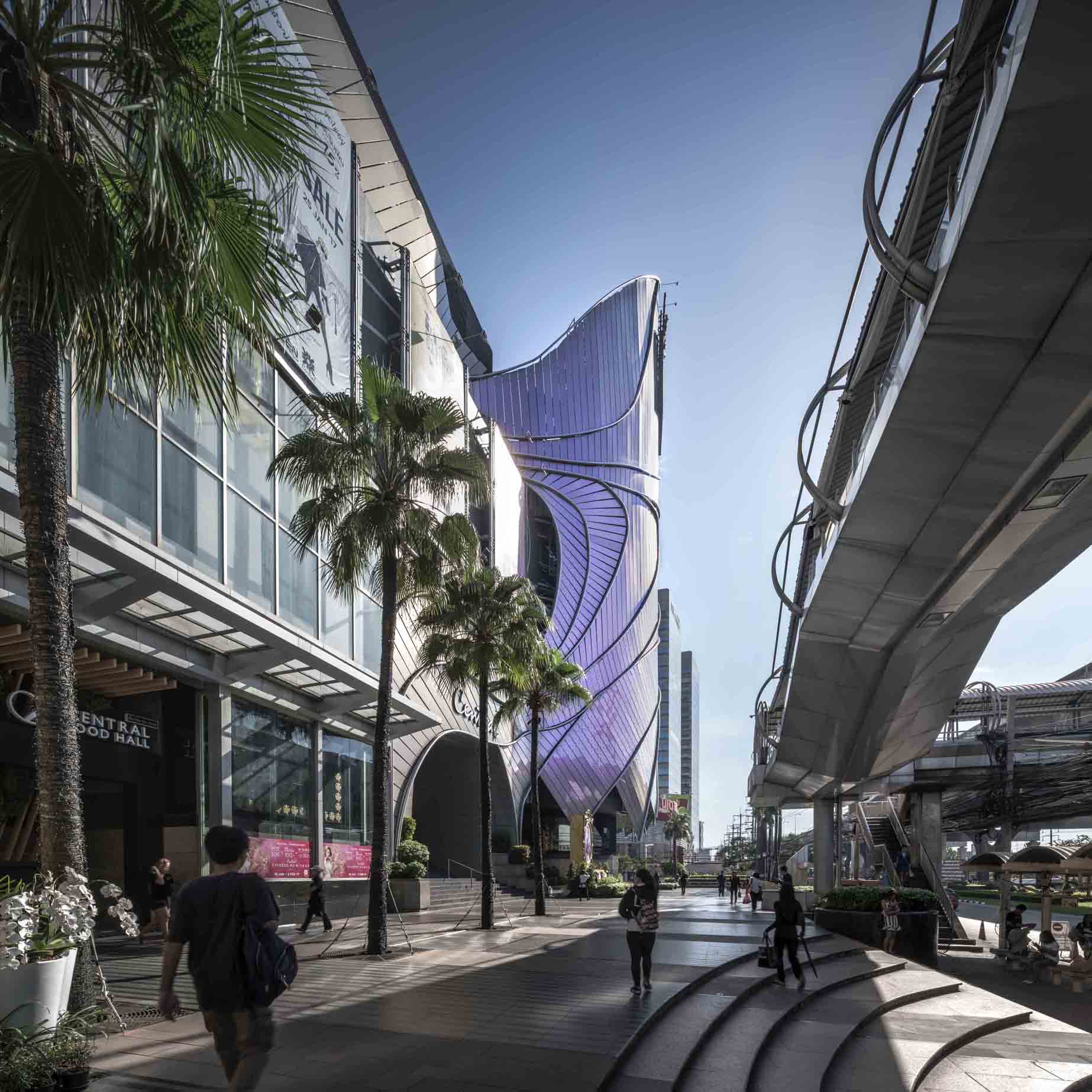 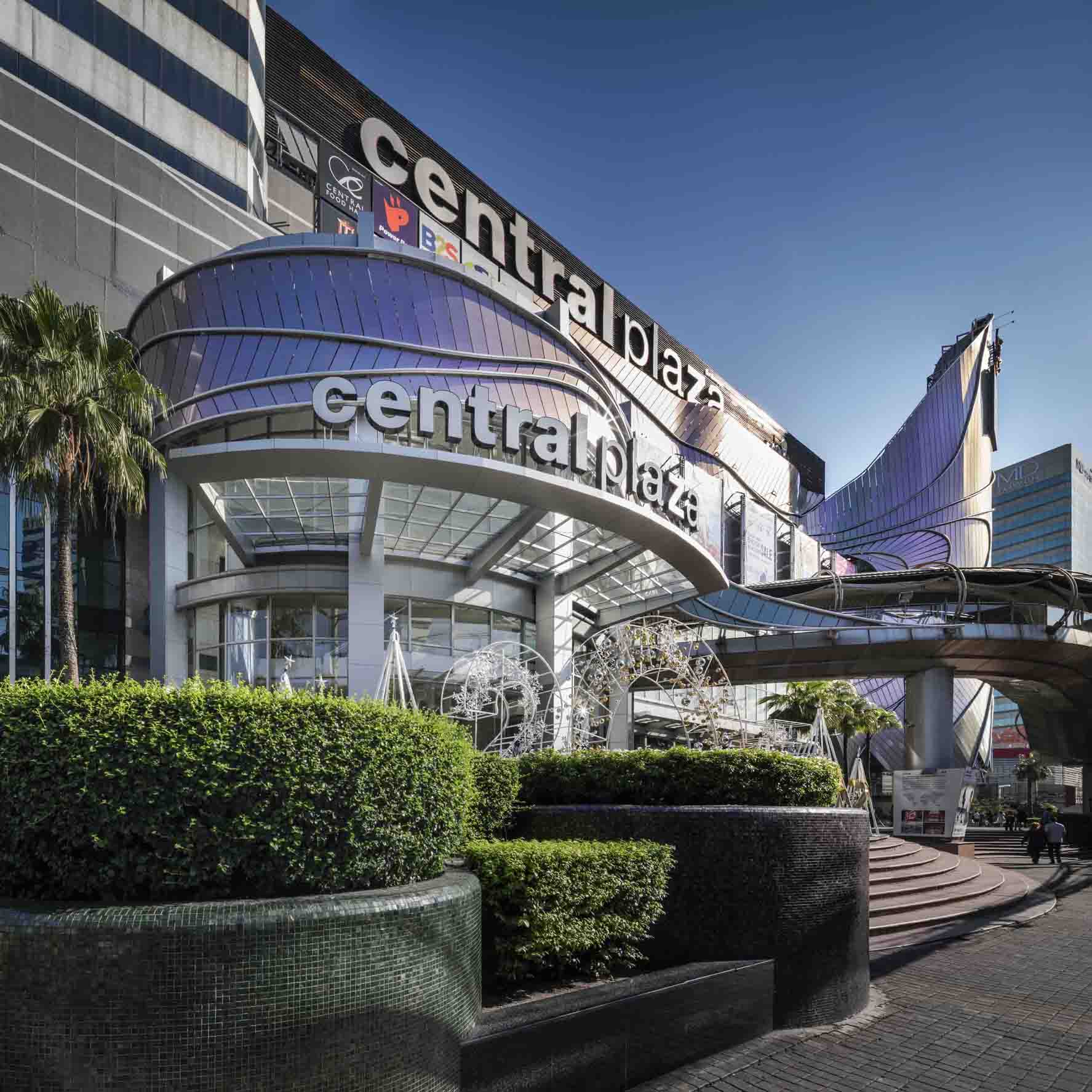 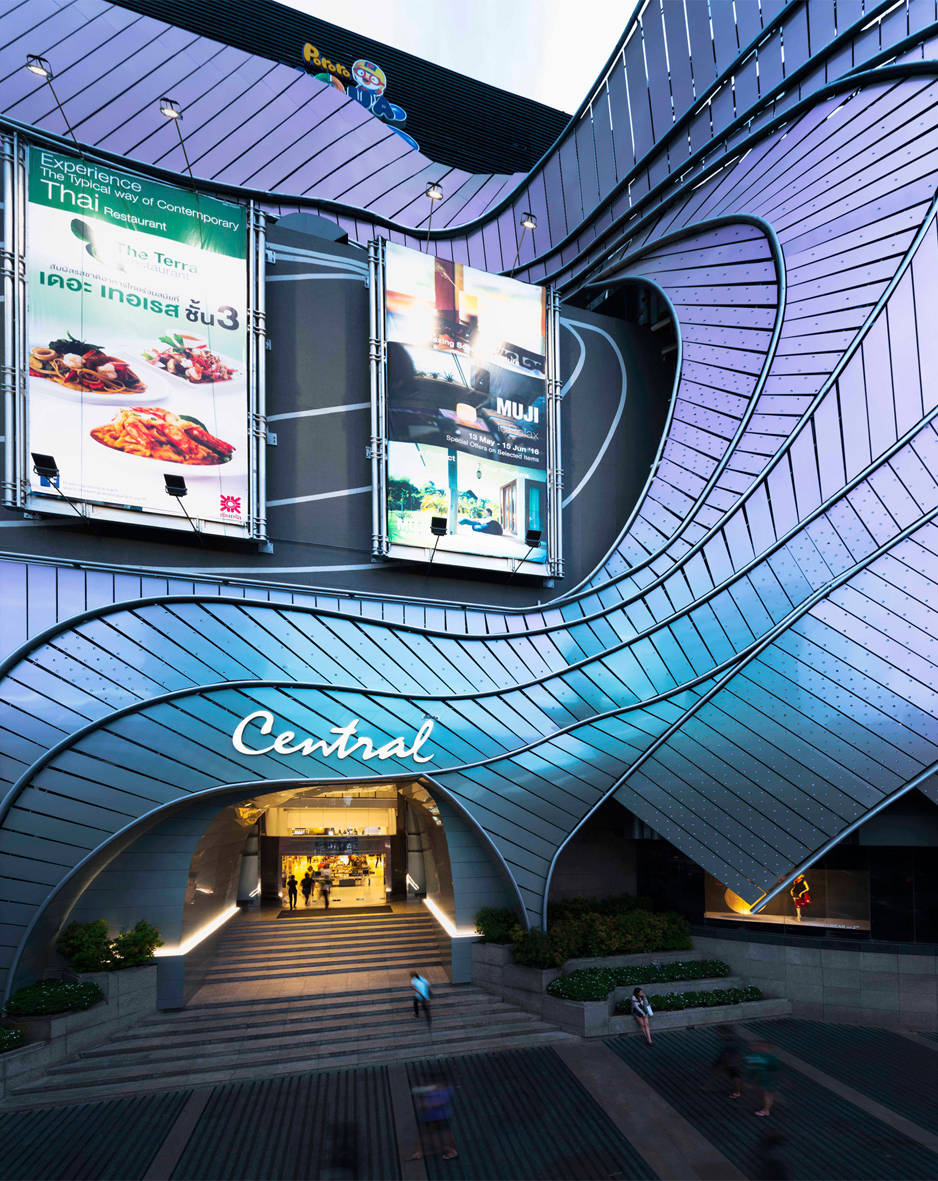 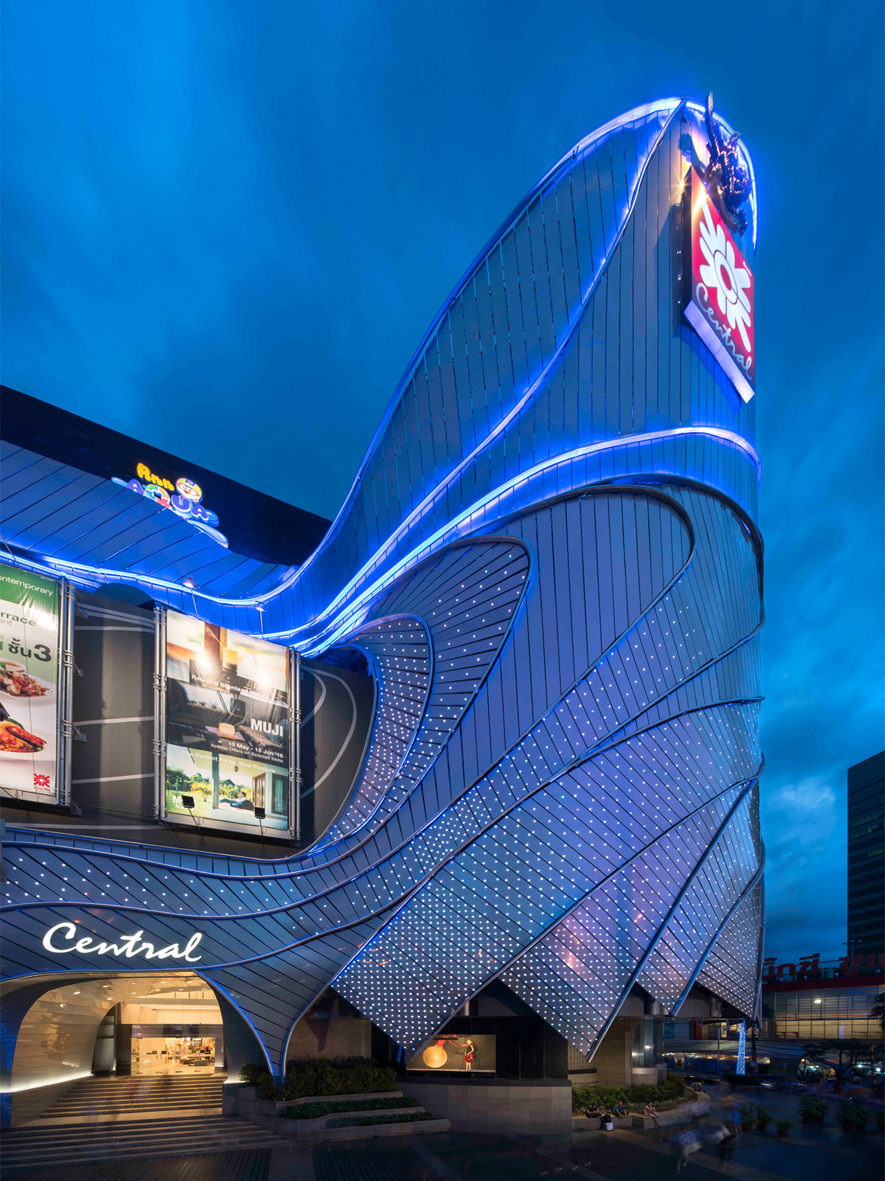 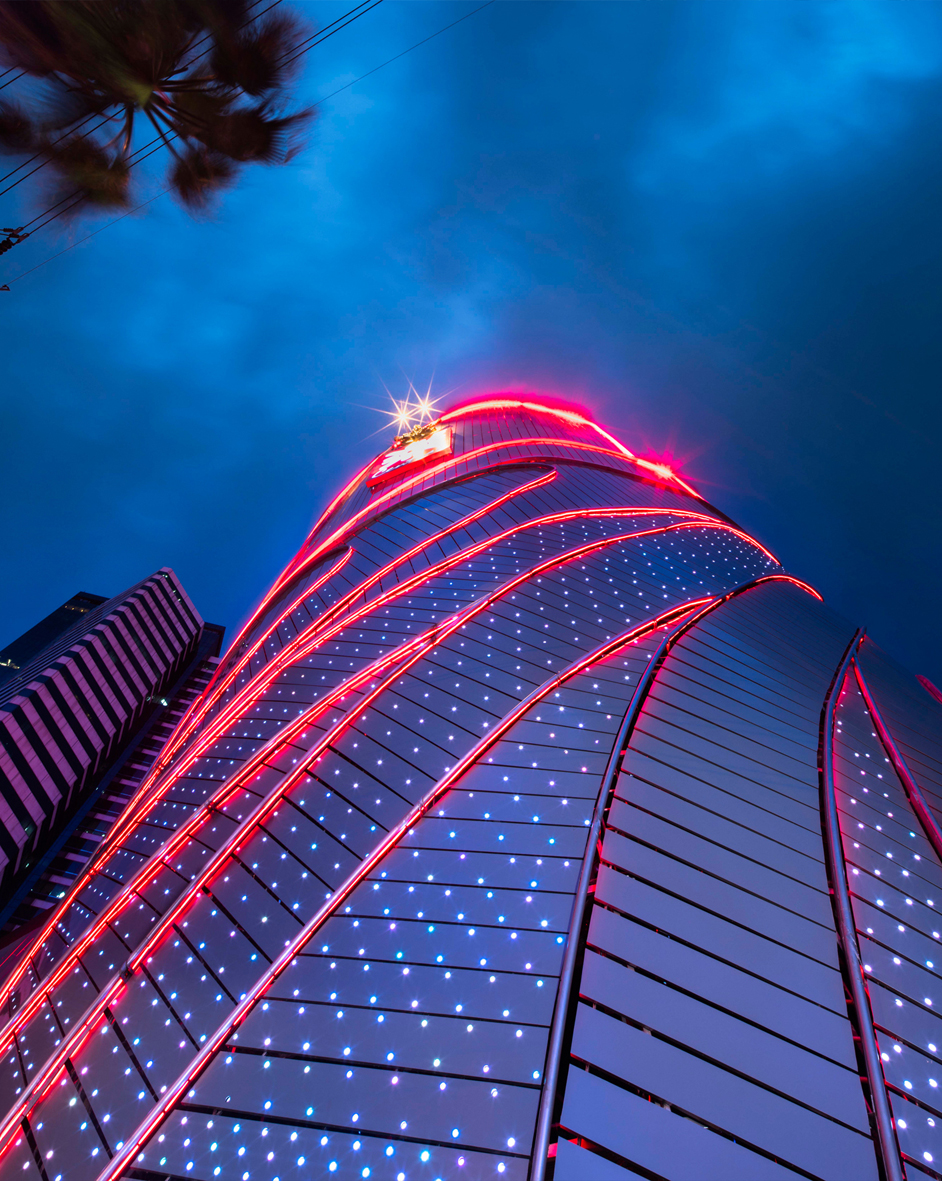 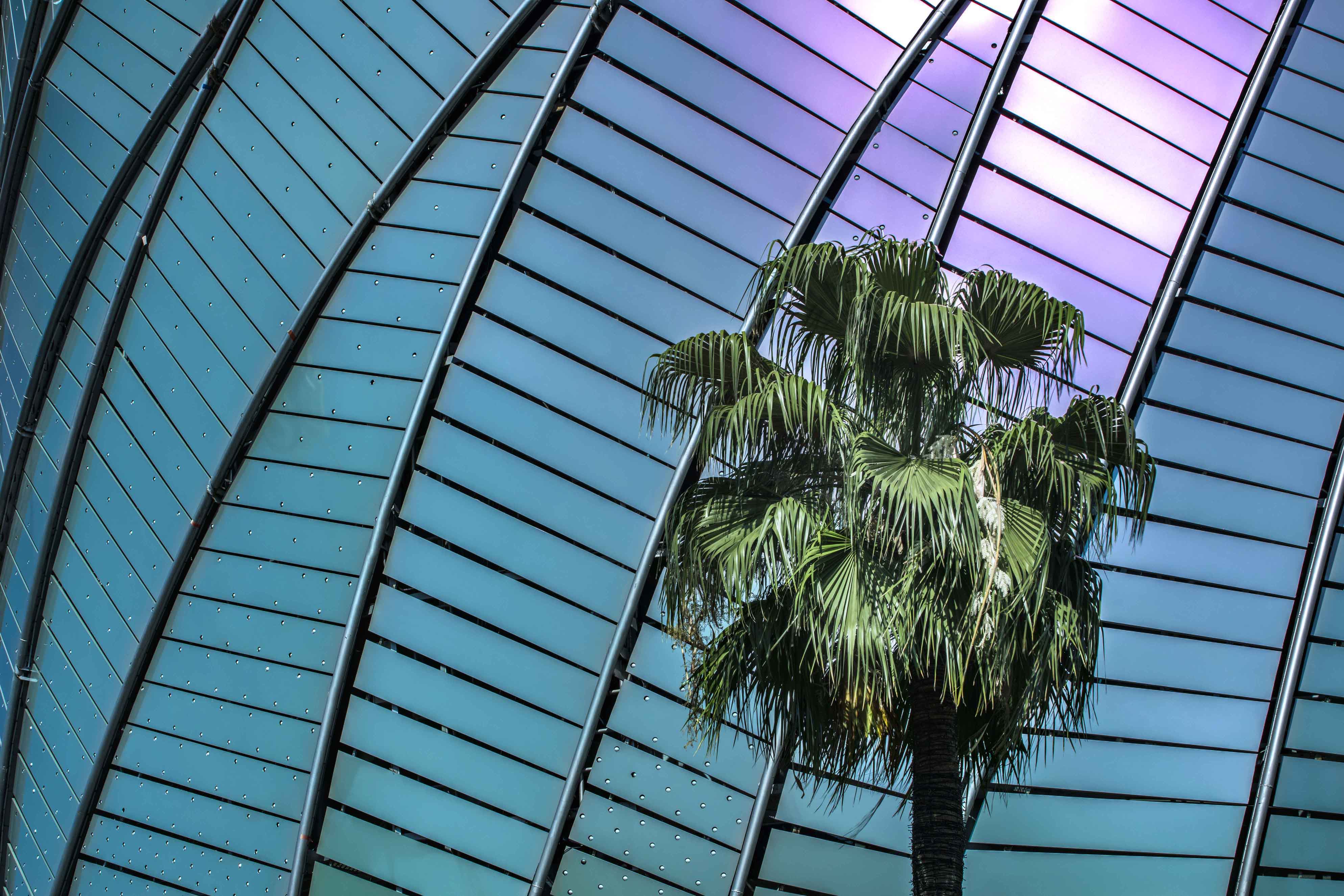 
Formerly regarded as an outskirt area of eastern Bangkok, Bangna district has now been immersed into the fast-growing commercial and residential developments in the recent years, thanks to the arrival of the up-coming mass transit system. Central Plaza Bangna, the first shopping centre opened in the area two decades ago, needs to respond to this trend. Major renovation of both external facade and interior are planned in order to retain its position as a long-standing landmark of Bangna district.

As a result of the urban growth, its location on Bangna-Trad road, facing elevated Burapavitee Expressway, has now become a strategic point where edges of residential, industrial and green zones converge. The project consequently is situated on a seam line between the three pieces of urban fabric.

In order to represent the notion of being at the key location in the area, the concept of 'knitting fragments of the city into a single piece of urban fabric' is developed in an attempt of materializing the invisible aspect of urban change into a tangible entity. The process of knitting is studied and then synthesized into architectural language. The existing facade decorations are mostly ripped off, leaving merely certain existing structure to be used as supports for the new one. The existing structure therefore acts as a topographic body for which the new facade is mapped onto.

A series of sinuously curved steel tubes chart their trajectories throughout the entire form, composing a structural frame of the knitting pattern. Then 500mm wide aluminum composite panels are knitted in between the tubes to fill up all the curled stripes. The installation direction of aluminum composite panels is diagonal to the adjacent stripes in order to accentuate three-dimensional visual effect of the curved facade.

Clusters of synchronised LED lights are propagated and repressed on certain focal surfaces in which they can perform low-resolution moving images.